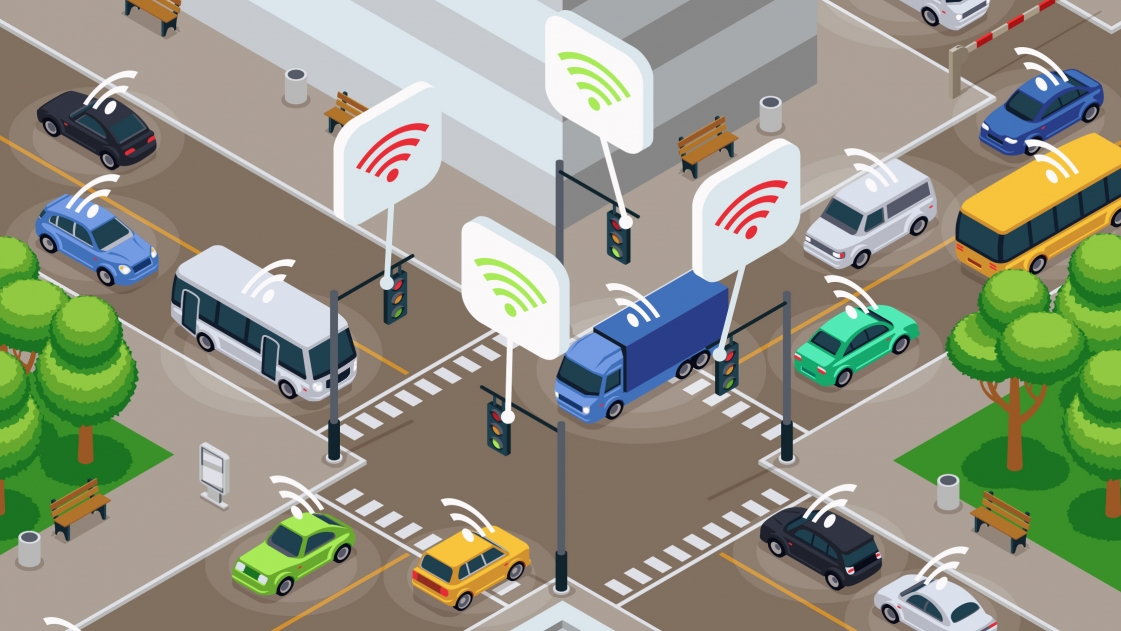 Like most of the rest of the world, I’m fascinated by the future of autonomous vehicles (AVs). As a traffic engineer, I’m particularly focused on how they may shape the future of our roadways. However, while media attention seems focused on AVs, it’s important to remember that there’s another technology in development that we transportation folk think may have a more immediate impact on our travel: connected vehicles.

Connected vehicles are vehicles that use broadcast communications to continuously share safety and mobility information. They have a two-way linkage to exchange data in real-time about other vehicles, roads, and infrastructure. Proponents say connected vehicles (cars) will improve safety and reduce emissions.

Whether or not you agree with this sentiment, it’s tough to argue that the technology is developing quickly. According to Gartner, a global technology consulting company, we’ll see a quarter of a billion vehicles on the road with connected technology by the year 2021. That’s less than three years away!

Although I don’t have a crystal ball to predict the future (such an inconvenience, btw), I’ve seen enough evidence to indicate that connected cars will have a tremendous impact on mobility in a very short time. Vehicles are already starting to talk to each other and to infrastructure. Soon, your car will know that the traffic signal is about to turn yellow. Features like adaptive cruise control will prevent a rear-end collision due to driver inattention.

The Insurance Institute for Highway Safety (IIHS) states that of the approximately 6 million reported accidents in the U.S. in 2015, 35,092 lives were lost. The leading cause of death among young children and young adults is vehicle crashes.

A National Highway Traffic Safety Administration (NHTSA) study of connected vehicle technologies has shown that they have the potential to reduce the severity of up to 80 percent of crashes where drivers are not impaired.

In addition to the safety potential of connected vehicles, they promise to reduce traffic congestion, which could save time, cut fuel consumption and reduce emissions. The U.S. Department of Transportation’s Intelligent Transportation Systems Joint Program Office says, “Traffic managers will be able to control the flow of traffic more easily with the advanced communications data available and prevent or lessen developing congestion.”

“Traffic managers will be able to control the flow of traffic more easily with the advanced communications data available and prevent or lessen developing congestion.”

If all is as promised with connected vehicles, the timesaving factor is no small benefit. The 2012 Urban Mobility Report from the Texas A&M Transportation Institute (TTI) shows that Americans lost 5.5 billion hours in 2011 stuck in traffic on U.S. highways—almost a full work week per person. While some of this is recurring congestion due to certain routes not being able to accommodate greater roadway demand, a large portion is the result of incidents (vehicle breakdowns and crashes) that disrupt traffic flows.

A 2012 report released by the U.S. Treasury Department found that congestion also wastes 1.9 billion gallons of gas per year, at a cost of $4.75 billion.

As someone who studies traffic for a living, and who commutes 50 miles to work every day, I fully appreciate the impact this technology could have on our lives and our communities. Not only can drivers be warned about upcoming traffic jams and take alternate routes, but signal phase and timing information at signalized intersections can be broadcast and used to manage vehicle speed to reduce the time vehicles spend idling at red lights and to improve traffic flow.

Our connected future is here

In Ann Arbor, Michigan, there’s an entire simulated community where cars talk to traffic signals and to each other. Mcity, a 32-acre, $10 million dollar fabrication includes suburban and gravel roads, city streets, freeways, graffiti, HOV lanes and more. The University of Michigan, in cooperation with Nissan, Toyota, Ford, GM, Honda, State Farm, Verizon, and Xerox, created this self-contained proving ground for developing and testing the technologies for connected and driverless cars.

Since 2012, the University has partnered with Toyota to conduct the world’s largest real world test, using Wi-Fi technology to transmit and receive “messages about position, speed, road conditions, traffic signals and driver activity such as emergency braking.” (Forbes, April 2016)

My point, dear readers, is that we’re on the brink of transportation (and perhaps a societal) transformation. Connected vehicle technology is close-to-ready and seems to present a real opportunity to improve the quality of life for our public. But that’s just the beginning. For the technology to achieve widespread acceptance, much needs to happen. A framework for funding V2I projects needs to be established for the technology to take hold, and standards for coordination are necessary to share real-time conditions and data with drivers. OHM Advisors is already working with communities to navigate these challenges and usher in smart transportation options for a safer future. Stay tuned for more on this and related topics in the future. 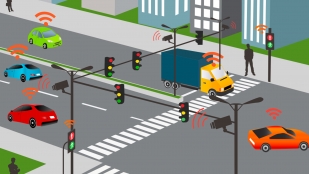 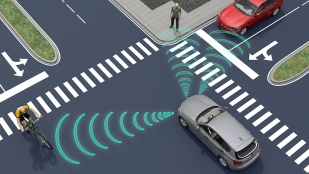 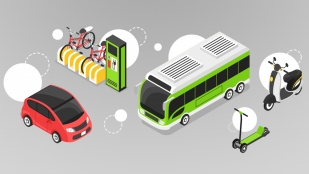