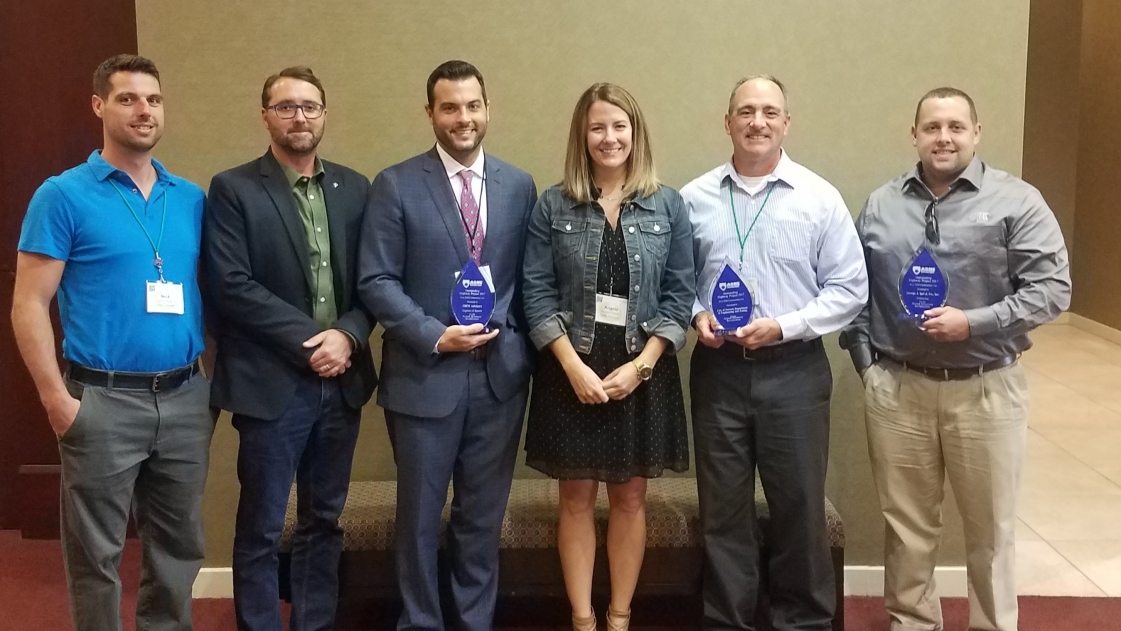 The Great Lakes Region of the American Society of Highway Engineers (ASHE) recognized OHM Advisors and its project partners from the City of Newark, Ohio, and George J. Igel, Inc. as the region's Project of the Year. The top award for the Over $5M category honors the Newark, Ohio Downtown Revitalization project, an innovative approach that transformed a public infrastructure project into a community advancement opportunity. The award is the latest of several awards - including the American Council of Engineering Companies (ACEC) of Ohio Honor Award.

ASHE Great Lakes awarded the team the prestigious award at its annual luncheon during the Ohio Transportation Engineering Conference (OTEC), Ohio's premier engineering conference. The project will be considered for the National Project of the Year competition, which will be announced at the ASHE Annual Conference in Nashville in May, 2019.

The Downtown Newark Revitalization Project began as a multi-million dollar sewer separation, driven by a federal Environmental Protection Agency mandate to reduce combined sewer overflows. Taking a holistic approach, the project team capitalized on the underground infrastructure improvements to upgrade the above ground infrastructure and re-think the entire downtown environment.

A downtown planning and visioning process identified a number of opportunities that resulted in improvement of the downtown transportation network while simultaneously elevating the economic development climate and improving the urban aesthetic of the historic town square.

The project involved extensive public outreach and community engagement, which has contributed to its positive reception and impact. Since the project commenced in 2014 (completing in July, 2017), Newark’s urban center has experienced tremendous gains in population, jobs, downtown living, and economic-generating activities—all quality of life advancements positively impacting not only the downtown core, but the entire city and broader metropolitan region. The downtown area is flourishing, with local shops reporting an increase in business and foot traffic.

The award—judged by members from the Great Lakes Region not associated with any of the submitted projects—was evaluated based on the following criteria:

Accepting the award for the project team (photo above):